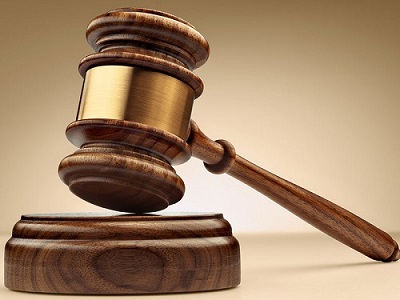 Governors of the 36 States of the Federation have appealed the court judgment which dismissed their suit challenging the federal government on the planned deduction of $418 million from the Federation Account to settle debts owed consultants engaged by the states and local governments about the Paris Club refunds.

Recall that Justice Inyang Ekwo dismissed the suit by the Attorneys-General of the 36 states against the Federal Government in a judgment delivered recently saying the attorneys-general have not shown enough evidence to accord them the right to institute the action.

He held that there was no express evidence to show that the governors of the 36 states consented to the filing of the suit.

However, the governors through their attorneys in their appeal, advised the general public and all financial institutions in Nigeria and abroad that the matter is subjudice and urging them to desist from dealing with the defendants in the suit.

According to them, “with respect to promissory notes issued to them and intended to be discounted and given value from funds due to the states of the federation from the federation account in respect of judgment debts arising from suits in connection with the London Paris club contracts pending the hearing and determination of the appeal.

“Be it known that any person or persons who take steps in respect of the promissory notes in the face of the pending appeal do at his or her peril.”
The defendants that the general public is advised not to deal with are Dr. Chris Asoluka (doing business under the name and style of NIPAL Consulting Network, Linas International Limited, Joe Odey Agi, SAN (Practicing under the name and style of Joe Agi, SAN & Associates), Riok Nigeria Limited, Prince Nicholas Ukachukwu, Dr. Ted Iseghohi Edwards, Panix Alert Security Systems Limited, Dr. George Uboh, Ned Munir Nwoko, Prince Orji Orizu, and Barr. Olaitan Bello.

By Juliana Taiwo-Obalonye,
The Sun