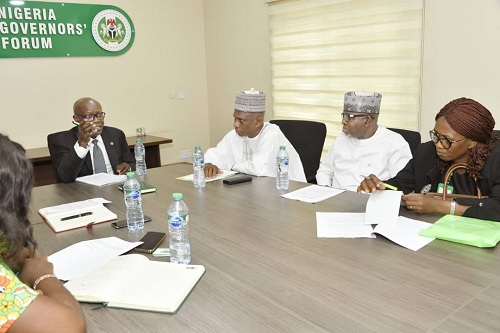 The Nigeria Governors’ Forum Secretariat met with the National Senior Secondary Education Commission on Thursday, May 12th. They were led by their Executive Secretary, Professor Benjamin Abakpa who placed emphasis on the commission and its operations.

Professor Abakpa stated that the commission kicked started in April 2021, with his appointment as the pioneer Executive Secretary, the constitution of the Governing Board by the President, and the deployment of relevant officers from various MDAs as take-off Staff. However, activities commenced fully in August 2021.

Since they commenced in August of last year, the commission has engaged in several activities which include the national sensitization fora for Education Stakeholders in the six Geo-Political Zones of the country. They have engaged in data capturing of all the senior secondary schools in Nigeria, which is currently ongoing. 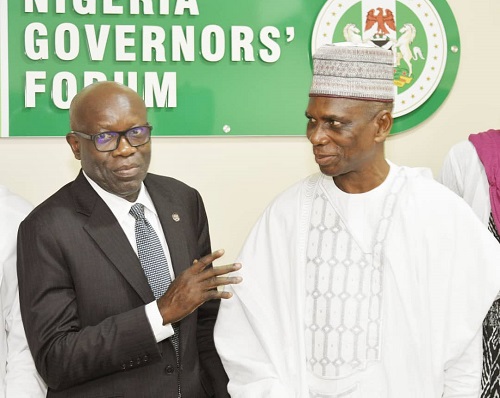 In addition, the commission conducts a needs assessment of all the senior secondary schools in Nigeria. This is also ongoing. The core mandate and function of the commission are to prescribe the national minimum standard for education and intervene in Senior Secondary Education.

Their overall goal is to reposition the senior secondary education to be of the right standard with their counterparts globally. ‘‘There is a role for each state government to play. We need harmony in each state. Each state should have a senior secondary school education board,’’ said Professor Abakpa.

Professor Abakpa further stated that the commission is non-partisan and that they are for everybody. Also at the meeting was the Executive Director of Strategy and Research at the NGF, Mr. Lateef O.T Shittu.

He stated that states are supposed to be independent and there should be implementation at the state level. ‘‘States that set up this body would have channels around the commission. There should be regulation with public and private schools,’’ he said.

Professor Abakpa responded that the goal is to carry everyone along so that during the time of implementation, there will be a movement to monitor schools.

‘‘We are going to have grassroots mobilizers to identify schools that don’t meet the standards,’’ he said. The Professor also stated that there should be no challenges with funds disbursement when it comes to their commission. It is simply dependent on how many schools they have.
Some states are enthusiastic about establishing a senior secondary school education commission.

‘‘In Kano, they were so excited that after interacting with us, they told the Commissioner that they should harmonize,’’ he said.

The Director-General of the NGF, Mr. Asishana B. Okauru said that the senior secondary education commission would add a lot of value to what is happening at the secondary school level in the states, and he doesn’t see anyone going against this at the state level.

Professor Abakpa provided more information in that the FG in its passion to fund and reposition Senior Secondary Education has equally commenced an expedited amendment of NSSEC law as an Executive Bill at the National Assembly (NASS) and its currently at its 2nd reading at both Houses.

The main purpose of the amendment is to first include the word ‘Senior’ in the Commission. Then, to articulate the source and total amount for the NSSEC fund, which is approved to be sourced from the Consolidated Revenue Fund.

To give the commission support to enforce minimum standards in senior secondary schools across the Nation. Then it would be to expand the functions of the commission to include STEM, TVET, etc in view of emerging realities.

To tie the disbursement of funds to states to specific tasks such as infrastructure, capacity building for teachers and instructional materials, and any other task as shall be directed by the President from time to time.

The Executive Director of NGF, Mr. Shittu said that once the law has been amended, they would pass on the message to the Governors with the hopes of having a meeting and a future stakeholder meeting with the boards of education.